3 Reasons Why All Language Learners Should Try A Study Group

Many people’s first foray into study groups happens in high school, but I wasn’t invited to my first study group until I was in my freshman year of college. It was for my biology class, and it was mostly people who were in my dorm. As I’m sure you can imagine, it didn’t go very well. I learned absolutely nothing. And eventually, I ended up just working by myself.

Fast forward five or so years and a former classmate in my Korean classes asked me if I’d be interested in forming a study group with her. Now, I had asked her about study groups before because I knew that she was already in one. I was curious as to what made her decide to join a study group, and where she even found one. So when she asked me if I wanted to form one with her it was like, “Oh okay. Sure! This will be fun.” I knew that even if I didn’t really learn much at least we’d get to hang out. Much to my surprise, not only am I having fun hanging out with my classmate, I’m also actually learning!

Today I wanted to share a few quick reasons why languages learners should give study groups a chance!

END_OF_DOCUMENT_TOKEN_TO_BE_REPLACED

I’m a 90’s baby. That means I grew up with corduroy (the book and the itchy material), ridiculous amounts of neon barrettes in my head 24/7, and kid’s movies that had full-on musical numbers like every 10 minutes (Complete with the soulful remix over the credits). If you’re old enough to remember living through Disney’s Golden Age and you tell me you don’t know every single word to Hakuna Matata I so don’t believe you. Either way, music is awesome.

END_OF_DOCUMENT_TOKEN_TO_BE_REPLACED

French from the Ground Up

Have you ever tried to take up a skill or hobby only to find out that you’re terrible at it, and you’re totally convinced that the universe wants you to suck at it forever? I’ve studied five languages in a formal setting but I’d never felt anything remotely similar until I had to take french.

END_OF_DOCUMENT_TOKEN_TO_BE_REPLACED

Why Your Library Is Essential To Learning A Language

For me, the library is one of the happiest places on earth. From the time I was about three years old, I’ve spent a large part of my life in them. I’m a huge Fantasy nerd so when I needed my fix I hit the shelves. Me and the Dewey Decimal System were practically best friends. However, it wasn’t until embarrassing recently that it occurred to me I could use my library time to fix other habits too.

Sidenote: My dad “grounded” me once when I was 13 and it was just kinda like, “Sooooo I have to come home straight away instead of staying at the library for 50 hours like I usually do? Oh, ok. Such shock. Much sad.”

It wasn’t until I had to write my senior thesis (entirely auf Deutsch mind you) that I realized libraries had a ton of language-related resources. Here I was struggling to find things via google when my library had done 90% of the work for me already! In hindsight, it seems ridiculous that it took me so long to discover all this but fear not! I am here to rescue you from my fate of fail.

END_OF_DOCUMENT_TOKEN_TO_BE_REPLACED

Sometimes you just have to step back and ask yourself if you’re really progressing the way that you want to be. This post is a result of one of those times. When I started Discovering Language last year, I had a vague idea and a bit of cash so boom, a website was born! In the past few months I’ve posted sporadically but nothing exciting or, frankly, helpful. It’s made it very hard to keep up. And I feel like I’ve been running but not going anywhere. Kinda like that velociraptor dream I keep having… 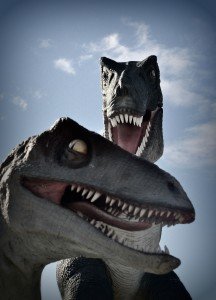 I want my blog to not only be a chronicle of my (mis)adventures in language learning, but also a place people feel they can come to for sound advice. People may not agree with my opinions on everything, but I want them to trust that those opinions are honest. I want to really get across how much I love language learning. And I want to help anyone else who’s in the places I’ve been in.

So! Here I am with a new look, new motivation and a new sense of direction. Unlike before, I’ve done some actual planning to make sure I can be consistent. I have a few posts lined up as we speak and I’m excited to be back on the wagon.

If you have any questions or suggestions feel free to leave them in the comments.

Subscribe for news on all things language, culture and travel!

You have Successfully Subscribed!