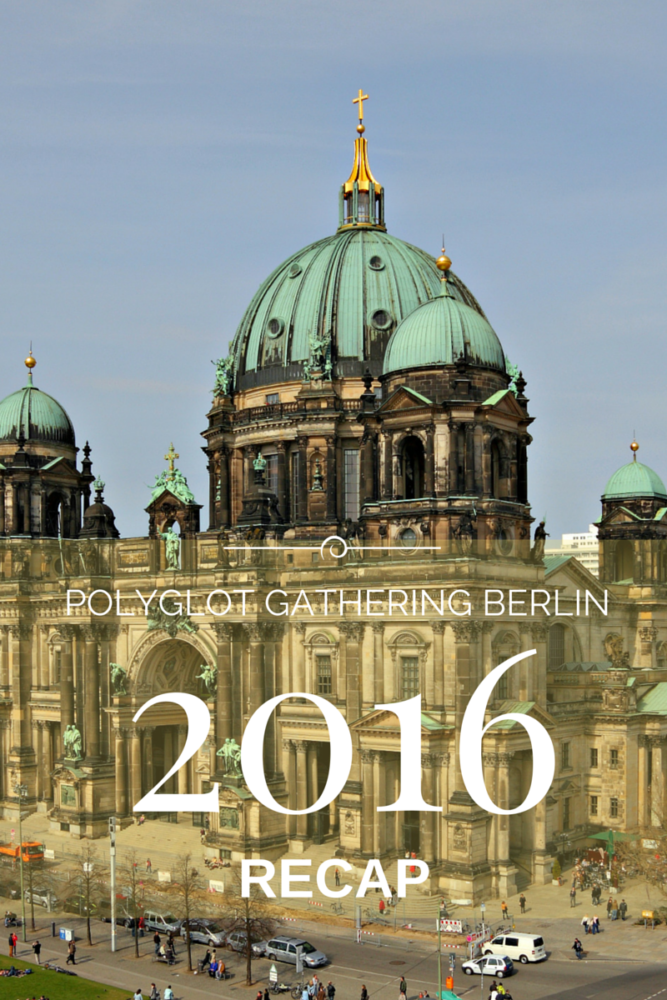 And I’m back in Chicago! I have been for a couple of weeks now but I’m still getting readjusted it feels like. The Polyglot Gathering in Berlin was everything I needed it to be and more. The last few days were spent wondering how I could put off leaving. And honestly, it was one of the hardest things I ever had to do .

The journey didn’t start the best. My plane left O’hare nearly 2 hours late so I ended up missing my connecting flight. Although shout out to AA for having sizeable seat belts. No extender needed! I hung out in Heathrow for about 3 hours which…can I just say one thing about those flight boards? I was hella concerned that my flight was listed but it wasn’t going to tell me which gate to go to until about 30 minutes before boarding time. I have never in my life had a flight board hold my information hostage. It was kind of unsettling, not gonna lie.

Once I made it to Berlin I learned fairly quickly not to ask people things in English. Either they didn’t understand me or they did understand me but I didn’t understand them. By the time I arrived at the hotel I was exhausted and hungry. All anxiety about my level of German flew out the window. It just flowed right out. I managed to unload all my crap and find a nice Chinese/general Asian restaurant only a few blocks away. I had 불고기 for dinner! Leave it to me to find Korean food within like an hour of landing in Germany. 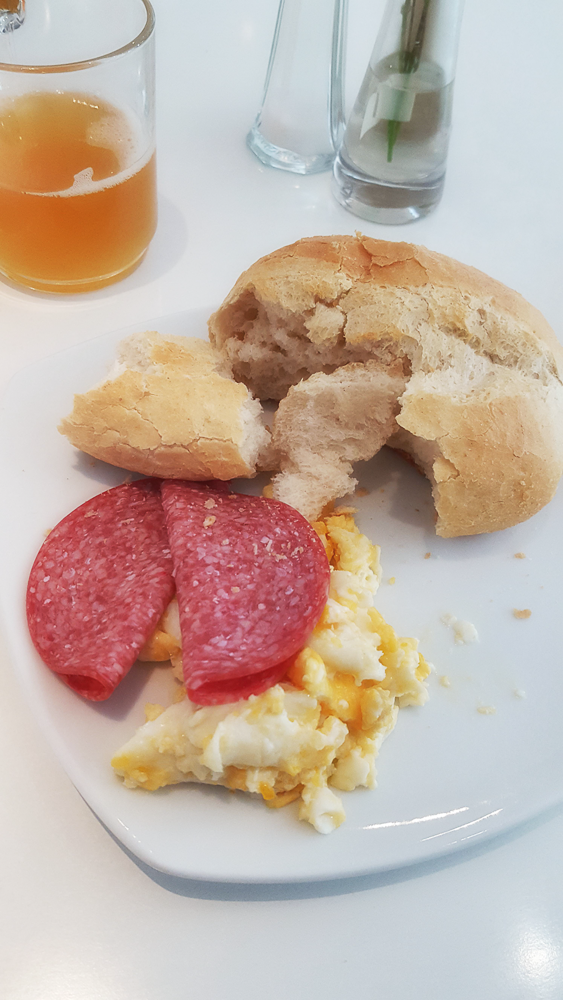 Despite having spent most of my time getting shoddy sleep on the plane, I woke up bright and early Wednesday morning ready to learn to get some knowledge! Since I hadn’t really scoped out the area yet I went ahead and ate breakfast at the hotel. It was super German and super delicious. Finding my way to the hostel was not at all terrible (it really helped that the trains were, you know, actually on time). And I made it just in time for the intro. There were so many great talks and events given over those four days, but right now I’m just gonna let you in on the really good ones. 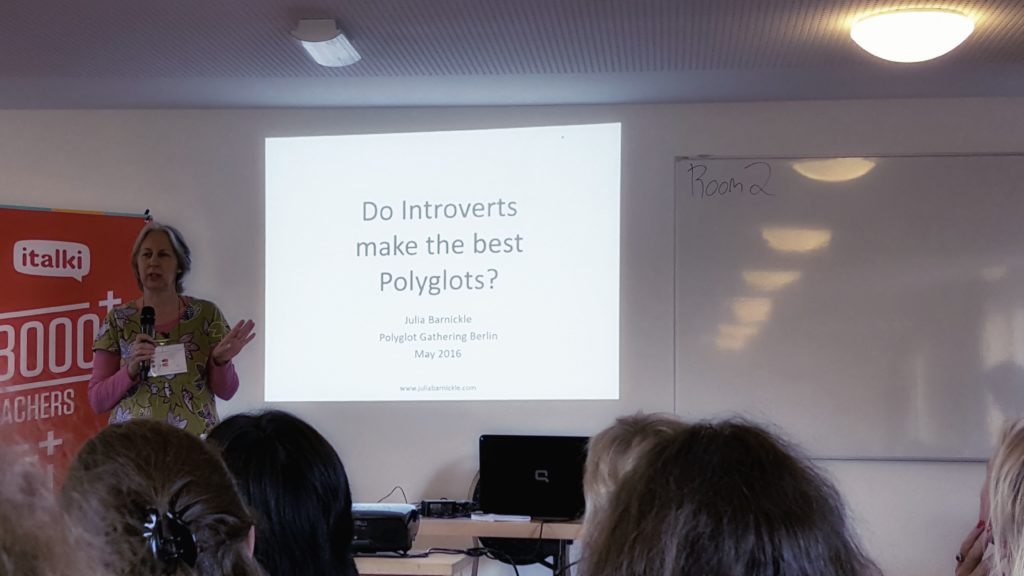 So I don’t know if it was just me (it so is), but I found  Julia’s talk hilarious. Not so much because she was intentionally trying to get a laugh out of us, but because everything she was talking about was me. Literally me.  She did throw out a disclaimer that the things she’d been mentioning were all generalizations but still. I’m as far toward the introvert end as you can get without being a total recluse. As I sat there listening to her talk about how she’d be much more comfortable in the corner than on stage speaking to us I just knew. She gets me.

It wasn’t a matter of Introvert vs. Extrovert though I’m sure some people still felt that way. What she was trying to do was give insight into the way introverts receive and process information, and how it relates back to the way we learn languages. There were plenty of graphs and awesome pictures. I actually took the survey she posted on Facebook so it was nice to see the results. It did a decent job of showing the difference in priorities between the two personality types.

Prime example: conversations. I hate small talk. HATE. This hate is multiplied by 10 ,000 when it happens over the phone. When introverts talk we want to get right into the thick of things because socializing takes a lot of energy. Problem is, when you’re learning a language you’re mostly likely going to have to talk to…strangers. Which means you get to run through your whole life story and aspirations every time  you message a new person on HelloTalk. It’s nice but exhausting. The trade-off is that we tend to work problems out in our head versus working them out through talking. With introverts there’s often an extra step or two we have to take to get to the same place as everyone else. It was nice to see that recognized. 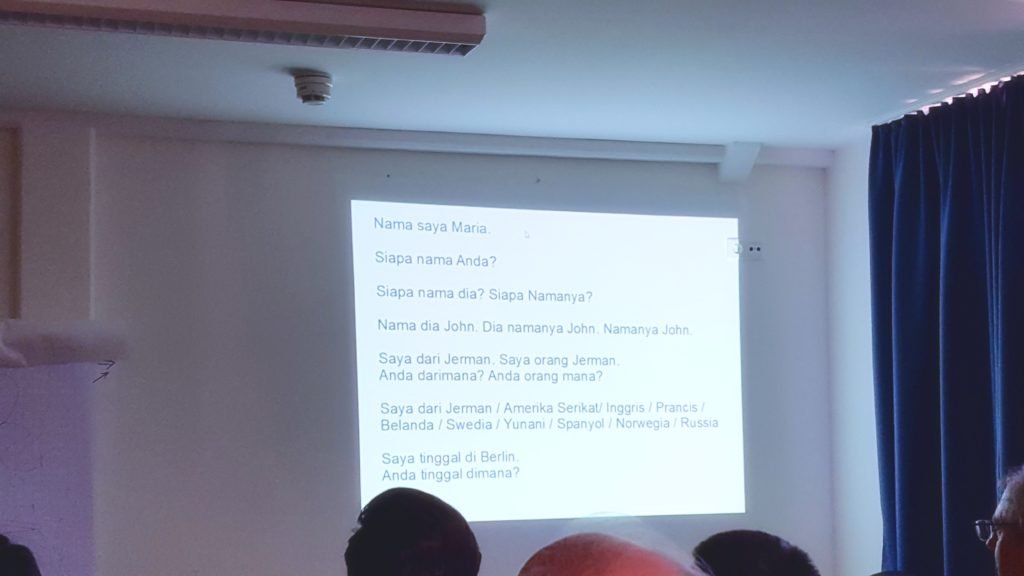 I almost don’t know where to start except to say that Maria is awesome. Her love of Indonesian was apparent as soon as she started talking. She was mad excited and it made me excited too! To be honest Indonesian had never been on my radar. I’m actually not sure what even made me go in there but I’m glad I did. Oh, and it was completely in Indonesian.

Yeah. You read that right.

No English. No German. Nothing but Indonesian.

By the end of this short class we were introducing ourselves, saying where we were from, and what hobbies we had. It was the most difficult introduction to a language I’ve ever had and I loved every second of it. Maria works with immigrants teaching them German. Because she obviously can’t speak every different language her students speak, she teaches entirely in German. Her students get full language immersion because they have to. By teaching the entire class only in the target language, we were able to put ourselves in the positions of her students. And Maria is an absolutely wonderful teacher (and actor). Her enthusiasm made it easier for us to put two and two together and we were calling out full sentences in no time. Seriously, it was amazing. Indonesian is officially on “The List” now. If she does another course like this one next year I highly recommend everyone give it a try. 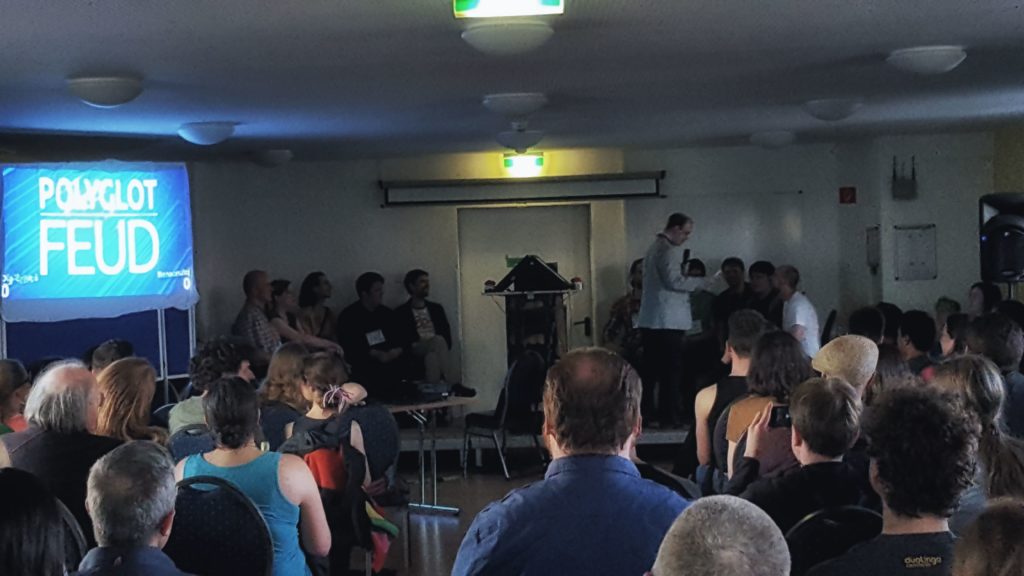 Listen, polyglots can make any and everything ten times as entertaining as it was before. Following the standard Family Feud format, two teams at a time went up against each other trying to guess the most popular answers from a survey group of 100 people. The questions ranged from “How many languages does Benny speak” to “Name a keyboard layout.” I mean, they were really well thought out. Also, I know quite a few keyboard layouts apparently. QWERTY for the win! The audience was engaged and I think everyone had a great time. I will say that on the question about conlangs I was concerned with how long it took someone to name Dothraki.

So there you have it, my top three favorite moments of the Polyglot Gathering Berlin. Of course there were many amazing moments outside of the conference as well. I’m not normally a super social person (introvert remember?), but there’s something about the conference and everyone’s shared love a language that just brings out the people person in everyone. I connected with a lot of great people who I wouldn’t have had the opportunity to meet otherwise. I’m already planning things out for next year!

As soon as videos are up I’ll add them to the post!