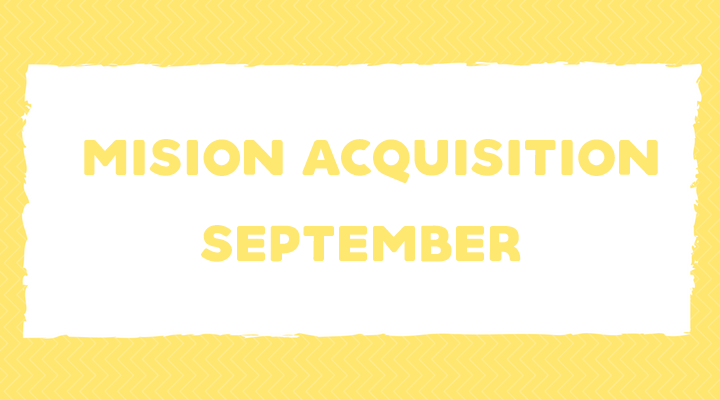 Soooooo, September! Fall is almost upon us and the summertime heat can finally go back into the depths of hell from whence it came. Seriously, I’m like the only person alive who hates summer. Especially now that I no longer get 3 months off. Adulting ruins lives.

Either way I’m having to switch up my learning plans big time so without further ado, let’s get it all laid out.

Summer laziness got to me. If it weren’t for the apps on my phone I wouldn’t have practiced any Korean at all over the past month. However, my new books are coming soon (woot woot Twochois!) and I will get right on making my lesson/study plans for them. Until then I’ll settle for all the fancy new apps I downloaded.

I sort of practiced my German on accident? My best friend’s birthday was a couple weeks ago which meant lots of soju. Lots…of soju. Her mother left at one point and when she came back the BFF was singing in Korean and I would only speak to her in German. My not-so-sober mind knows which language is the REALLY important one.

Esperanto has been coming along well. As usual with languages, I understand written Esperanto more comfortably than I feel speaking it. But I’m getting strangely attached to it. It was more of an experiment than anything but I think it’s going to stick around with French as sort of a “behind the scenes” language. Although fun fact: The Esperanto Society of Chicago is like 5 miles from my house. Is this a sign? O_O

Greek study has been non-existent but the conference is fast approaching so we’re going to have to change that ASAP.

This month I’m cutting it down to just German and Korean again as far as serious study. These are the only two I plan on testing in.

The most exciting new news is that…

This is confetti man. You will see him from time to time when good things happen. He’s awesome.

It’s been a long time coming so I’m incredibly excited. That’s the main reason I won’t be doing the challenge this time around either. But so far it has been going well. The rest of the course I’m going to finish my homework early so that I’m not trying to get it in at the last minute on Sunday. Like, legit 11:59pm with only 10 seconds to spare. Yeah this past weekend was interesting. Either way, I haven’t set my computer on fire yet so it’s all good. I’m eager to start teaching.

Blog related, I am still working on a library of sorts, separate from the resource center up already (which I will also be adding more to fairly soon). I’m also hopefully going to have a YouTube schedule in order by the end of the month as well.

What’s shaking with you all this month?