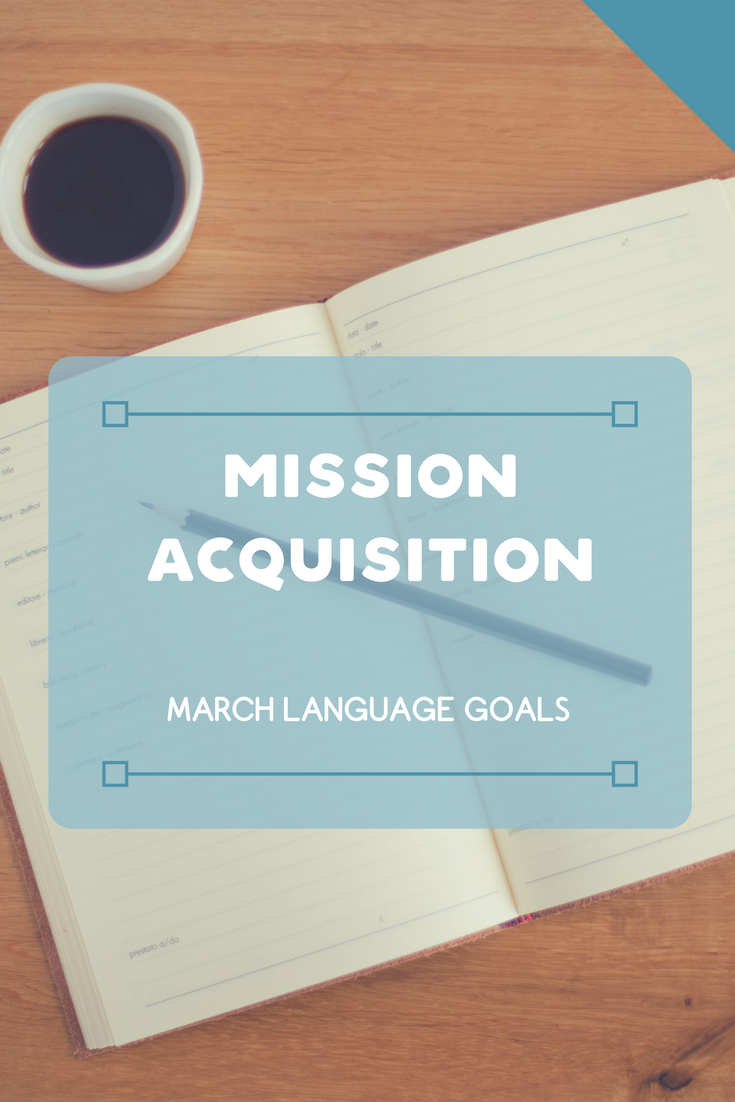 March is here! In a drastic turn of events, there’s not 75 feet of snow on the ground in Chicago at the moment. It’s actually been warm enough to rain. And we hit a record of not having any snow stick for all of January or February. I just hope this doesn’t mean that it’s going to be 195 degrees every day once the summer starts.

So this is actually more of a combination of what I’ve been doing since January, mostly because I spent the majority of February sick and dying. Strep throat sucks donkey balls. But hey, at least I got pie for my birthday?

I maaaaybe will take the C1 exam later on this year so I’ve been working on keeping my German somewhat understandable. I actually have a German coworker who I’ve had lunch with a few times, and I get to practice my speaking! I still found an italki tutor to work with on a more regular basis.

So…I love Glossika. The concept is simple, it’s basically just a bunch of sentences that you study repeatedly through spaced repetition. But my favorite thing about the program is that the audio files are native speed. I don’t always catch everything said, but my listening comprehension is much better. I’m picking up on more vocabulary too. It’s. Awesome. I can’t wait to see how my comprehension improves by the end of book 1.

I also purchased Korean Made Easy Vocabulary. I’ve only been through the first few units but it’s set up similar to my other Korean books. I love that it comes with a CD and an answer key. Oh how important it is to have an answer key. The lack of one is why I won’t be continuing on with the Integrated Korean series.

Finally, I found a tutor! From the reviews and her introduction video I think she’ll be a great fit. I also have a trial session with another tutor on Saturday. I’m so ridiculously excited.

So I still have no idea where I’m going in the near future.

I had a whole plan put together for travel in March. But, the price went up about $100 in the week and a half it took for me to get paid again. I guess that’s what I get for being a responsible adult and paying bills first. *sigh*

Observation is underway and so far everything is great. I only have a few hours left! I’m so ready to finally be certified.

So that’s what’s shaking and baking with me, how about you guys?