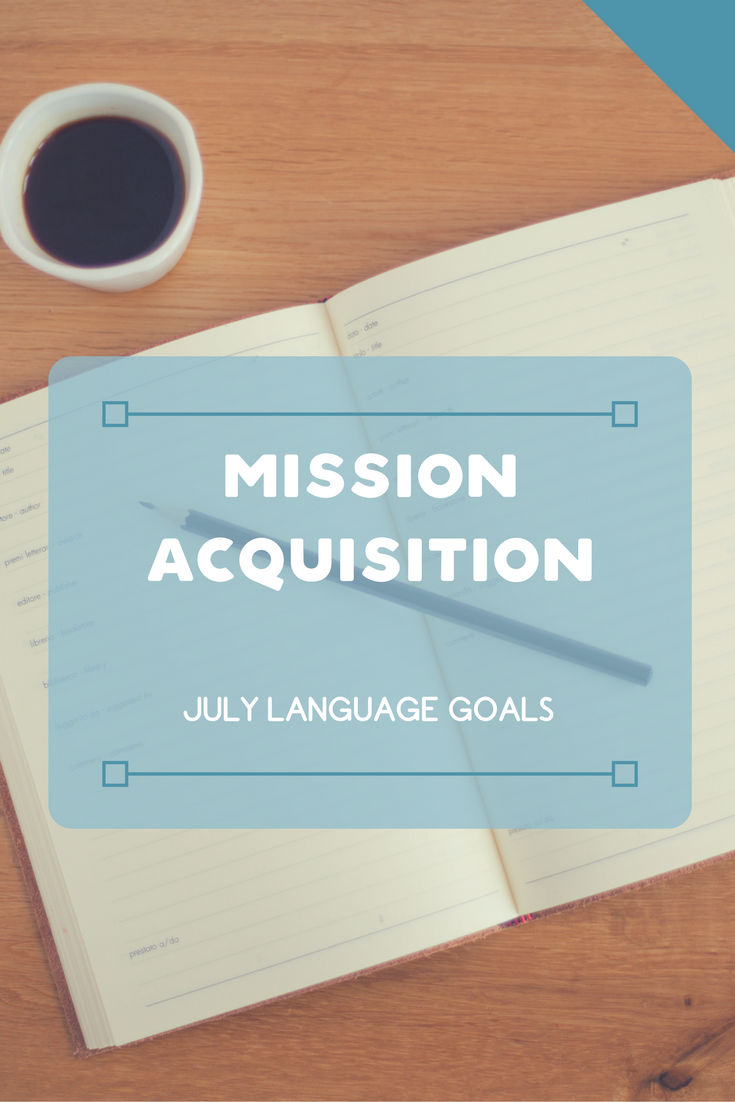 Now that the holiday weekend is over it’s back to the daily work grind, and we won’t get another holiday for like another two months. It’s torture I tell you! But I’ve still managed to make time every day to study so, go me!

I want to say that I was at least semi-successful with doing what I wanted last month. It was a struggle because it’s legit about 100000000000000 degrees outside and I can’t deal. It’s hard to study when you’re melting at your desk.  I usually don’t have air conditioning in my room but this summer is making me reconsider.

German has been pretty stagnant. I’ve mostly been taking in media (podcasts and YouTube videos), but I haven’t really sat down and created a road map to C1 yet. I know it’s because Korean is such a high priority for me right now. Still, German is my absolute love so I do feel kind of guilty about putting it on the back burner. Only until April though!

Korean is going freaking fantastic. Ive messaged a couple people from the language exchange site and have already gotten a few interested responses back. Busan Day was great, as expected. I got to meet up with fellow language lovers and nerd out about Korean for a bit. Also, the whole event just confirmed for me that people from Busan are terrifyingly badass.

The weekly study group is still going strong! I honestly feel as though this is adding a much needed layer of motivation to my study. I know that someone else will be holding me accountable when I’m not at the level I should be. Same with my italki teachers. I haven’t been on italki in about 2 months (ouch). Just yesterday I finally set up another class with my regular instructor. However, because I’m dead set on passing the TOPIK next April, I’m trying out a new teacher as well. One of the teachers I had originally chosen is still too busy to teach right now, so I’m going in blind here.

It’s actually a lot but I have my reasons….*evil laugh*

What are your LANGUAGE plans for this month?