Surprise! It’s a bonus post from the Learning Online series!

Last year you set your plan, you found the perfect teacher, and you know that you mesh well with them. But how do you know if you’re actually learning? There’s nothing more embarrassing than going through a few months (or years, let’s all be honest) of studying a language thinking you’re like…so badass at it. Because duh, you’ve been doing this forever. But the second a native speaker tries to engage it turns into The Day After Tomorrow. Disaster after disaster, except without Jake Gyllenhaal there to attractively rescue you. Bottom line, cramming info into your brain isn’t enough on its own.

Today I want to go over three ways you can put your new language skills into practice and see if you’re actually retaining the material you’re studying! 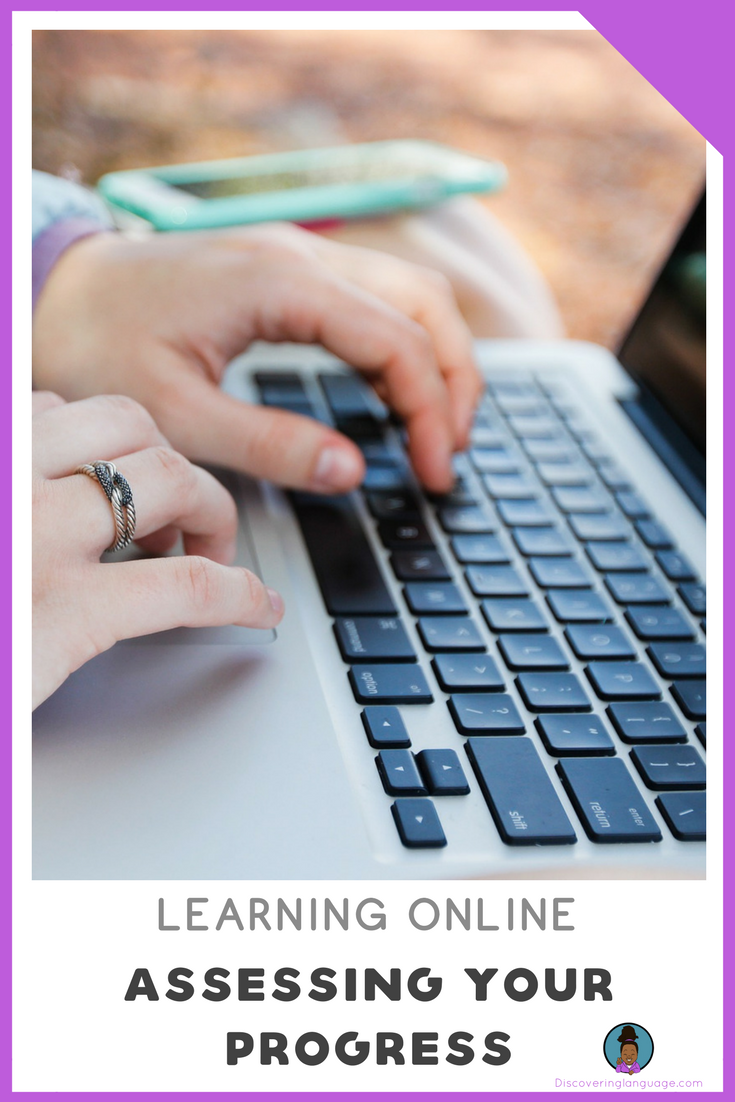 Go back through your old material

So the best way to know if you’ve learned anything is to…go back over what you’ve supposedly learned. I know it sounds like a no-brainer but…believe me, it’s something that bears repeating.

Think about it, how many times have you thought “Oh, I just need to get through this book and then I can start the next level!” Or how about “As soon as I get through these 500 vocab words I can start on the next set!” We’re hardwired to crave constant improvement, and these days everyone wants instant results.  Rarely do we take the time to be real with ourselves about whether we’re actually progressing. It’s almost as though we equate time spent with proficiency and that’s a ditch you do not want to fall into.

When you finish that first level textbook, go back through and re-read the passages. Do you actually understand everything?

Done memorizing those 500 vocab words? Prove it! Go back through and make a sentence for each one.

Or my absolute favorite, especially for grammar topics, explain. Pretend like you’re teaching and attempt to put things in your own words. Trust me, that’s the quickest way to know if you truly understand a topic, or if it’s just been floating around in your short-term memory until you’re ready to replace it with the next one.

Try out new material that’s above your level

In the complete opposite direction of the above, try out some material that you know you won’t be able to understand fully. Nothing too fancy now. If you’re a beginner French student, I don’t recommend sliding right into Les Mis. You’ll quickly find yourself frustrated and confused. But! Fear not. If you find something just a little bit higher (think advanced beginner), things will go a lot smoother. The new material should serve two purposes:

Testing your ability to understand what you’ve already learned

When I go through a higher level text for the first time, I definitely don’t try to understand everything. I just read away, slowly. Bit by bit words and phrases begin to jump out at me, and I try to piece together the topic through context clues. I must say, I get preeeetty close about 60% of the time! When I get to the translated equivalent I’m  mostly checking to make sure I didn’t pass over anything I should have picked out right away. If I have, I know it’s something I need to bring up with my teacher. Like, “Heyyyy, so I know we went over numbers in lesson two but I realized I can’t count past 5 digits….help!”

On the other hand, the giant chunk of the text that I know I don’t know can still be helpful too! With Korean especially, it’s become easier for me to recognize when things are words and when they’re one of seemingly a billion super confusing particles. Nope, I totally don’t feel some type of way about them. Ahem

Holding a conversation with a native speaker (or even just someone with a higher proficiency level) can be pretty damn terrifying. If it helps, try and have a text/messaging conversation instead. You’ll still be working out your language learning muscles. Pick a topic you’d actually enjoy conversing in your native language about and dive right in. This is going to highlight immediately what concepts you haven’t entirely grasped as well as the ones you have down pat. Still, try your best to use all the vocabulary and grammar points you’ve learned thus far. Having these things stored in your mind is pointless if you can’t utilize them in actual conversation.

A huge reason I like having text conversations is that I learn a ton of new words, and it’s easier for me to keep track (especially words/phrases I don’t know that pop up over and over again). They also tend to be practical so I can try to start using them as soon as possible. I don’t know about you, but int he middle of the summer it’s great knowing how to say air conditioner. The quicker you put new things into practice, the quicker the language starts to fall into place!

How has your language journey been going? Leave a comment below or hit me up!