French from the Ground Up 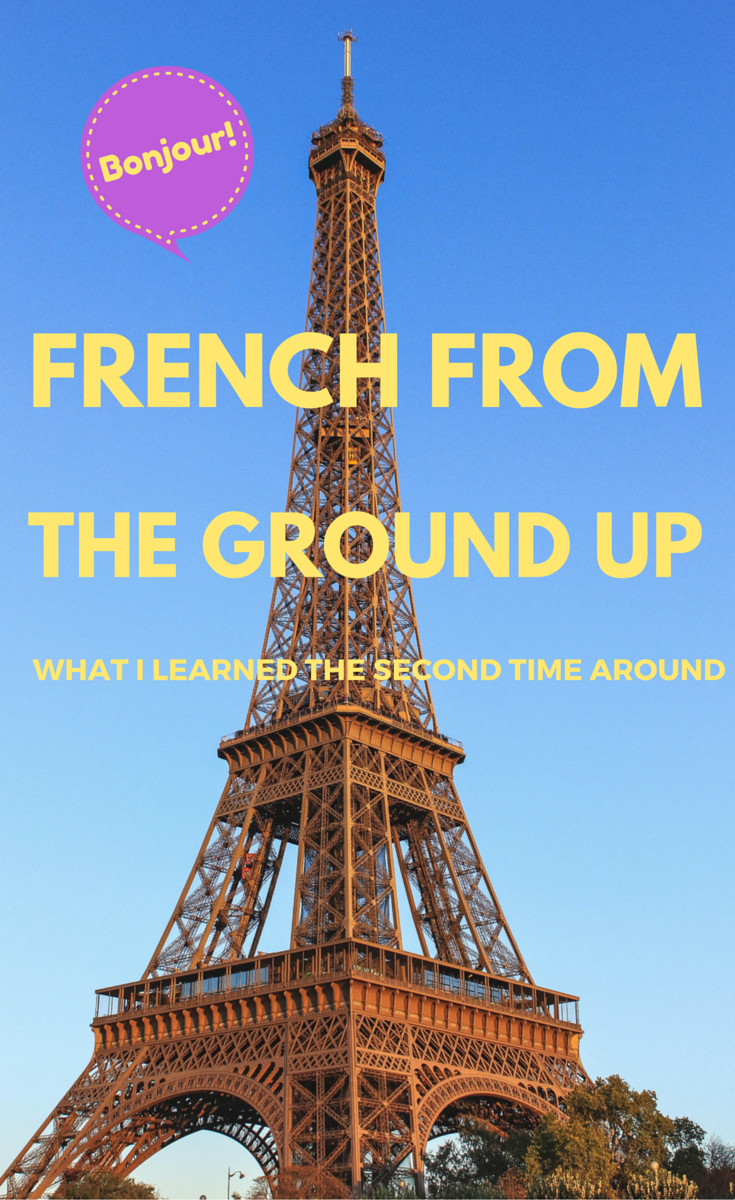 Have you ever tried to take up a skill or hobby only to find out that you’re terrible at it, and you’re totally convinced that the universe wants you to suck at it forever? I’ve studied five languages in a formal setting but I’d never felt anything remotely similar until I had to take french.

French and I have had a love/hate relationship that was mostly on the hate side until recently. I took it for a year as a senior at Uni and could barely count to ten by the end of the first semester. 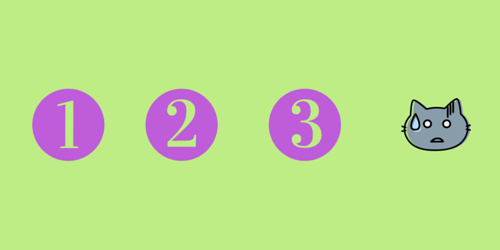 It was the first time I’d struggled that much since I first studied German back in 2003. (Yes, 2003. Don’t judge me I’m ancient.) It was also the first time I’d ever gotten a C in a language class. EVER. Naturally I declared war on the entire language. It was obviously evil and conspiring with Spanish to keep me from  language greatness.

Problem is, freaking everybody I knew had learned French at one point or another. My family, friends, my roommate even! And it was just like uuuugggghhhh fine. So I tried, I really did. But romance languages and I are like oil and water.

Then the Polyglot Gathering happened. I knew that French was one of those languages every third person took in HS, but I was still surprised by its prevalence at the gathering. After attending more than one talk/event with French as a main language I went to the Assimil table and stared longingly at all the sets I couldn’t buy because I didn’t know any French at all past Bonjour. And even that sounds a little sketchy when it’s coming from my mouth.

Quite a few people mentioned NAPS to me, and how I should definitely go. Montreal is much closer to Chicago than it is to Berlin. Lots of people are going that I wouldn’t mind seeing again, or even for the first time. So just like that I decided I needed to go ahead and learn French. Let me just say that learning any language sounds like the best idea ever when you’re surrounded by a bajillion people who are just as much of a language nerd as you are. Coming home was a different story.

At home nobody really cares. They just raise their eyebrows with an unspoken “Another language? Really? Why are you like this…” It’s actually quite irritating. But I digress. Diving back into a language that you’ve had such negative feelings for is much harder than one would think. So, here’s a few things I’ve learned about French and myself since I started studying it again. 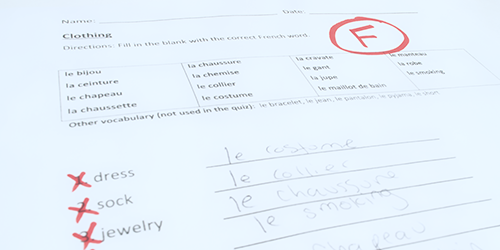 This might seem ridiculous to some but it really was a revelation for me. I mean, I’ve studied Mandarin and French has still been the most difficult for me to pick up. I had two different teachers in Uni and they had two drastically different teaching styles.

My first teacher was a guy, really nice and cool. He was so damn disorganized though. When it comes to my learning, I’m obsessively organized. So him being spastic and all over the place with his teaching pretty much doomed me. When I got my grade at the end of the semester I saw that ‘C’ and wanted to jump out the 2nd story window.

My second teacher was a woman who physically embodied the concept of organized. She was also way too inflexible for me. She had specific expectations for us and I honestly felt like the biggest idiot in the world any time I had a question.

Now that I’m dabbling in French again the past couple months. I realized that I’ve actually learned more in those 2 months than I had in an entire year of formal instruction.

I’m not the problem, they were.

Or at least their teaching styles were. Neither of them were compatible with my (sometimes) eccentric way of learning. There’s a delicate balance of organization and flexibility that I need. Learning in a large group in a regimented curriculum just wasn’t going to cut it for French. 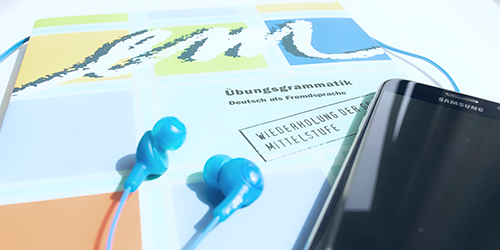 2. I’m much more aware of my learning style

The biggest part of that realization was recognizing that I learned differently from everyone else. Lecture slides? Completely pointless while I’m sitting in class. Flashcards? Might as well throw them all in the trash. Every technique my classmates used became utterly useless when I tried it out. Needless to say I felt stupid all the time.

Now that I’m out of school (so, basically long after it could have actually been super useful) I know how my brain works. I know what will and won’t help me retain information, and that’s important whether you’re learning Estonian or Electrical Engineering. For instance:

These are only a few examples. But had I known then what I know now, I’d have aced both of my French classes no sweat. 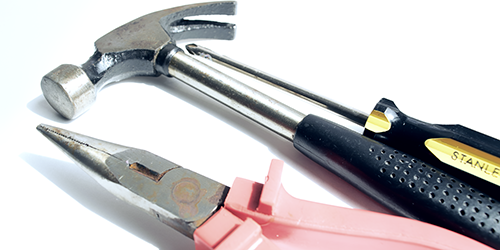 3.You really do need the right tools

I’m a textbook person. I know it’s thing in the language community to always try to find an alternative to sitting at your desk, reading out of a dry old textbook for hours on end. Thing is, some of us actually like it. I have a decent sized collection of textbooks and reference books for my target languages. Reference books are a must for me. No matter how much you love your textbook, it won’t cover everything.

Apps are magical. Sometimes you have to sift through tons of junk to find one that’s legitimately helpful but when you do it’s like a freshly made banana cream pie comes floating down from the heavens.

Having a comfortable studying space is just as important as any learning tool you might buy. I’m a big believer that a clear physical space equals a clear mindspace. I can just hear my mother cackling now because my room looks like the aftermath of a bar fight and has for some time now. Cleaning it is totally on my list of…stuff. Either way, feeling at ease wherever you study (home, library, coffee shop) makes learning easier.

Language learning is a continuous process. The more you learn the more there is to learn. Just keep in mind that if it doesn’t go as planned the first time around, don’t be afraid to give it another go.

So, ever had to get back into something that you thought you absolutely hated but it ended up not being so bad the second time around?